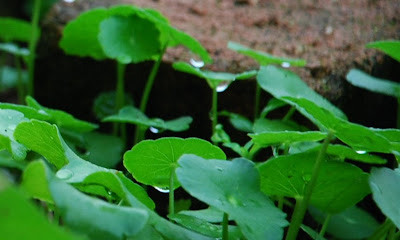 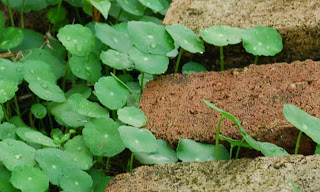 Photo 2 ~ bricks
pegaga in between 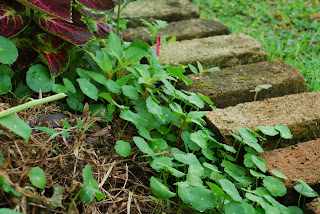 Photo 3 ~ the gap between bricks 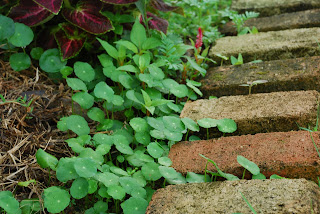 Photo 4 ~ the gap between bricks

It is not about the issue of bricks not enough, therefore the wide gap in between. I have been discussing this with Kakdah, that as edging,  bricks serve its function so well. Heavy rains is a real test on bricks. Bricks retain soil from being washed out which we are very thankful. But being impervious they contain water as well, hence plants temporarily get drown.
We then leave gap in between, enough for  Pegaga
to creep through and peep over the edge. 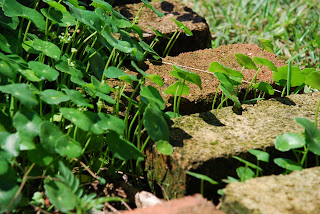 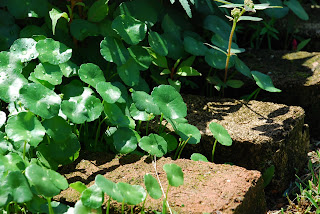 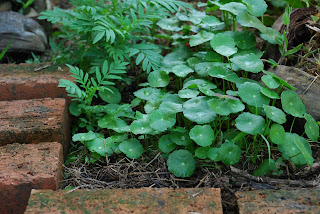