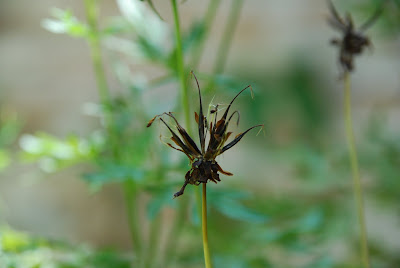 the seeds of ulam raja. 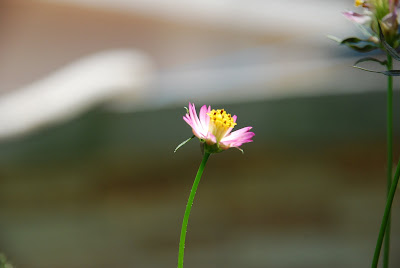 the flower of ulam raja 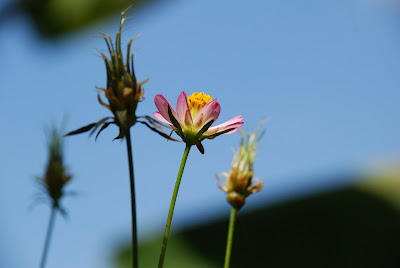 To live along with plants is to view and understand its developmental growth. I seldom let veggies to go through the whole cycle, especially the greens. We pull them out young and fresh. One or two will allowed to go further for seeds.

Ulam raja is different. Their young shoots are regularly cut for  salads. One plant is allowed to grow free untouched. That plant shoots up to more than 10 feet, towering over everything in the garden except the banana and papaya. Those regularly cut, had to endure bonsai treatment and never grow beyond 5 feet. But all of them bloom at about the same time. It was Tuesday first of September 2009, that I posted an entry titled    Germinating ulam raja.
and by 11th of September 2009,  we witness the emergence of  the fourth leaves of Ulam Raja
Ulam raja had to endure the test by nature when a gust of wind was too much for Ulam Raja.to handle .
Seven months since germination, Ulam Raja were dancing with little flowers on their head  to celebrate its first burst of flowers.

Now they are dancing with
crown of seeds
on their heads.


Soon they will bow signaling their imminent departure
after spending some 7 months with us
in this little vegetable garden.
What an adventure to live with them.