,The plant goes by many names; bunga bakawali in malaysia, wijaya kusuma in indonesia, Queen of the night, Night-blooming Cereus, Dutchman's Pipe, Gul-e-Bakavali  in Hindi, Kadupul in Sinhala. Bunga Bakawali is in fact a cactus.
We have this in a pot. I am not too sure how long will it take to mature and bloom. It seems that this cactus blooms at night and only for that night. It has been reported that bunga bakawali, will start off its blooming stage  around 9pm and opens up fully by midnight and closes around 3am. A person had described the fragrance of the flower as "an intoxicatingly extravagant fragrance ". The famous Arabian Nights mentioned about the Rose of Bakawali, There is mystic behind this flower at least in this part of the world.

The plant is a giveaway from Rosiah, my sister who doesn't seem to venture  too much out of Pantai Remis, the place seven of us were born and grew up.  It is so easy to propagate this cactus, according to her. A portion of the matured leaf is good enough to produce roots and grow in a pot. 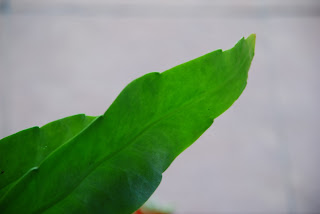 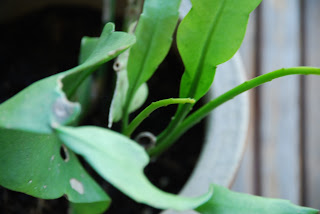 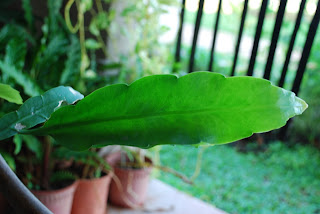 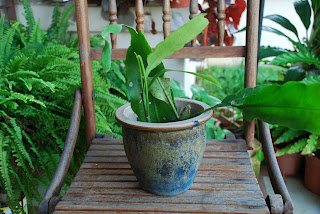 It is going to be a long wait...for the mystical fragrant blooming night.