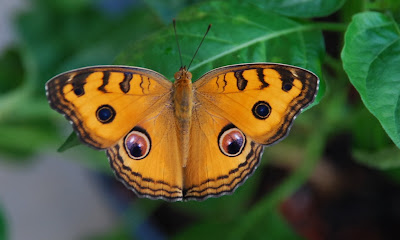 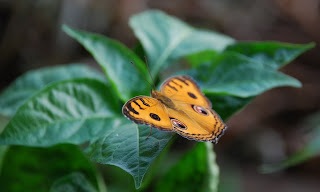 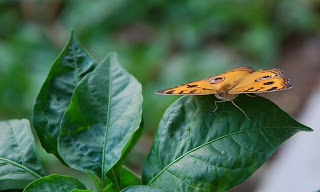 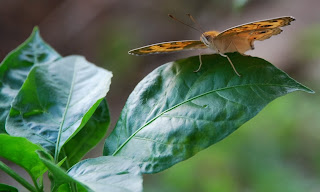 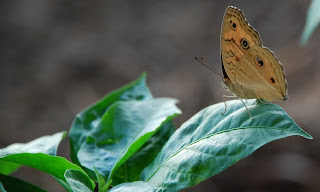 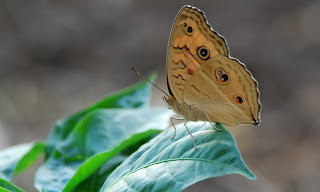 Junonia almana javana (Peacock Pansy)
I never see this butterfly in our garden before. Luck was with us last month when a beautiful  Papilio helenus swallowtail paid us a visit, perched at the tip of lemon plant long enough for a snap. But the encounter with peacock pansy was in a different setting. It was almost 7.00pm. The sun was enjoying the last half an hour, showering golden rays.  It was at that moment that I noticed this beautiful butterfly resting on chili leaf. This time, peacock pansy stay long enough for multiple shots. They both are hot, peacock pansy and chili itself.
Google helped me  for identification. A peacock is a beautiful bird, and a peacock pansy is equally beautiful in the world of butterflies. I hope it will return, bringing her  friends as well....
~bangchik
Putrajaya, Malaysia.
source of reference: Butterflies of Malaysia,
Info
from google search