Luffa / Petola is a quick plant. Roselle, bittergourd, winged beans, corns and a few others were sown about the same time, early November 2010.   By Tuesday, December 21, 2010 luffa/ petola were still learning how to climb higher by grabbing at anything in sight using tender tendrils ( vegetables on raised bed ) . By Tuesday, December 28, 2010 ( Six petola / luffa were taking turns flowering  ) tiny fruits then appeared almost everywhere so to speak.

I am not very lavish with fertiliser these days. The plants feed on whatever organic matter (fertiliser) that has been thoroughly mixed with the soil before they were planted. Occasionally I will spray them with organic liquid fertiliser.

Now  Luffa / Petola is offering us the first harvest, all within two months. We cut two big ones.... I took quite a number of pictures on these two because the texture of luffa / petola is an art in itself... 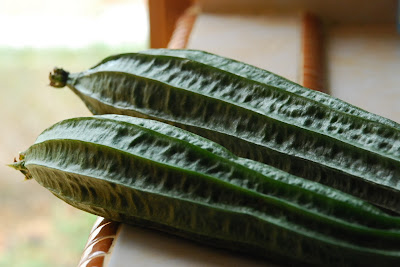 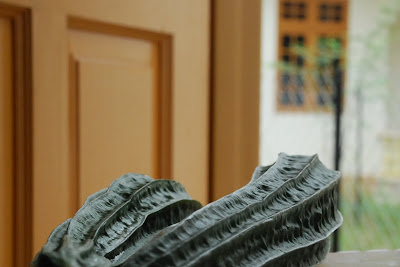 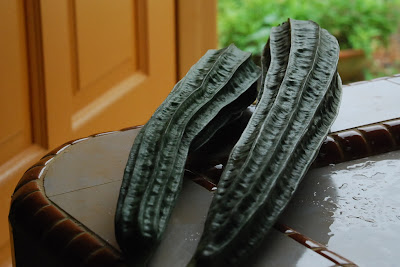 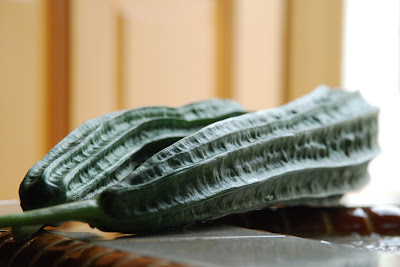 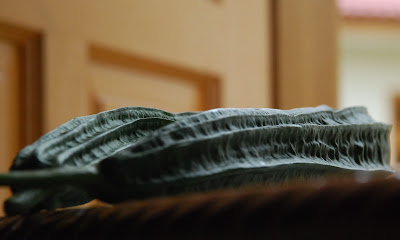 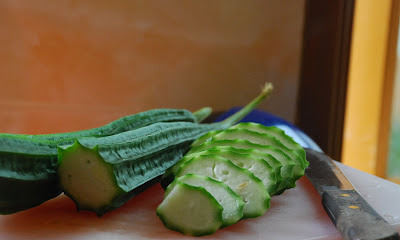 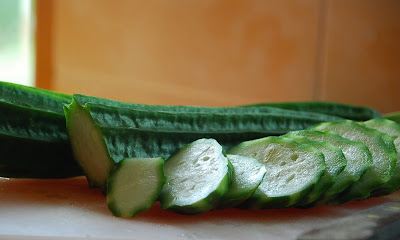 luffa / petola sliced
picture 2
Kakdah decided to use the bigger one for her simple vegetable soup. Slices of onion and  cili padi, a tea spoon of dried shrimps and a pinch of salt  were added to bring up the taste.
bangchik and kakdah
hasil petola di kebun sayur tanah merah
Kelantan
at 1/14/2011

Email ThisBlogThis!Share to TwitterShare to FacebookShare to Pinterest
Labels: luffa