Kale: CCA and readiness to flower.

Growing Kale with cut and come again
(menanam kailan dengan teknik potong dan tumbuh lagi)
Kale was introduced into our Putrajaya garden by late July 2010. They were grown in four large containers. When they were three months old, I harvested all using cut and come again (CCA). Two of them were allowed to carry on in Tanah Merah, and the other two containers were emptied for something else.  Three months after CCA treatment, kale shows every indication of readiness to bloom. One plant is allowed to grow until bloom  while the other was regularly cut for dinner. 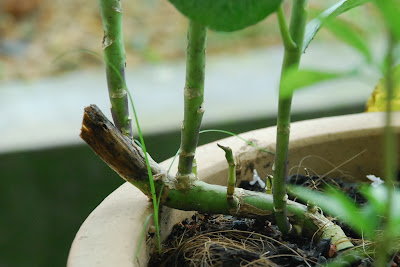 the old scar, after CCA. 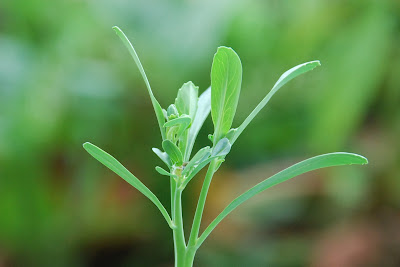 Kale is not secretive about blooming.
The stem that grow with long inter nodes and  long leaves is not lying about the imminent burst of yellow flowers. 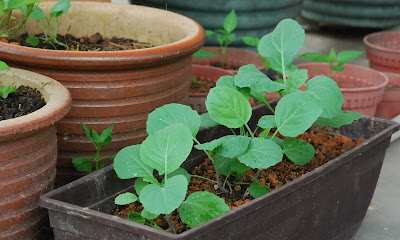 These are new batch of Kale
ready to replace the aging plants.