A single pumpkin in the garden

I sow three pumpkin seeds, very calculative I might say. Only one seeds popped out and grow healthy, another one germinated but stayed small for weeks and eventually died. The third failed altogether, ended up as humus in the little pot. Pumpkin was introduced in here around the same time with other veggies; petola, bittergourds, 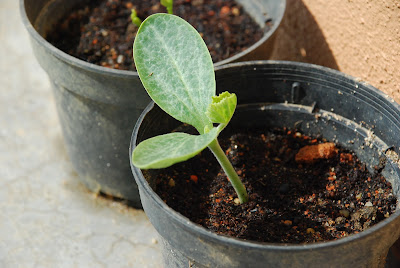 (picture was taken on 20th of November 2010, pumpkin still in pot.)
Now the single pumpkin is beginning to provide shade to the new cow grass. Tendrils hang on the grass as anchor and grass in return love the temporary shade....... Then I noticed a group of bugs making pumpkin leaves as their temporary home. So far they hit the older leaves....., and I think I am about to get rid of them. 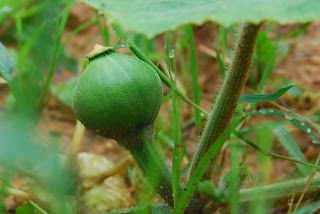 A nice little fruit had emerged, 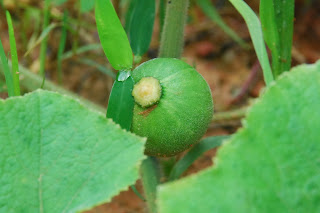 baby pumpkin viewed from the top 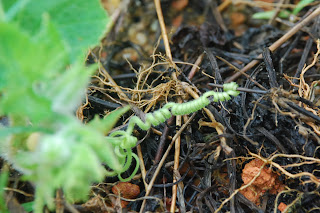 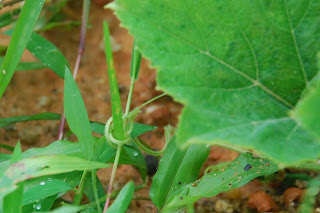 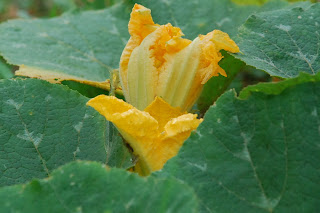 the bright yellow pumpkin flower
and I hope the baby pumpkin will stay and grow big....
and I don't mind if it grows as big as this 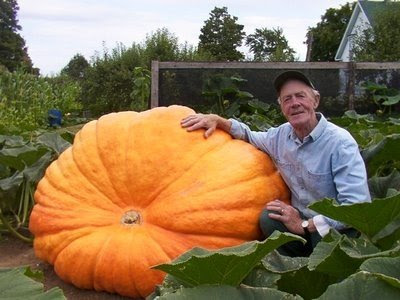 Email ThisBlogThis!Share to TwitterShare to FacebookShare to Pinterest
Labels: pumpkins