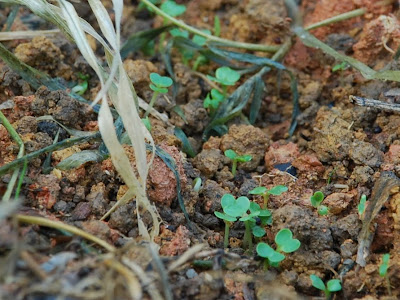 This patch is the earliest we worked on. Four baby papayas to start with early last year. One died. Two remained there, and the third was shifted to a different location, much closer to the house. The third grew and produced good and juicy papayas all this while. The other two on the original position grow at much slower pace, not too high about 5 feet, and fairly thin.

Then one day I made a decision to pull the two out. The place simply not suitable and we dont wish to frustrate the plants further. For half a day, I worked on that patch, by turning the soil over and mix it up with half-done compost after pulling out the two papaya plants.... Kakdah gave the two papaya shoots to Mai, her friend on the other block. Boiled papaya shoots is a delicacy as salad.... slightly bitter but nice.

Pak Choy, Choi Sum and Taiwan Sawi were chosen to fill up half the patch. The other half holds compost leftover for a while.

There we are, making crucial decisions on plants we already have and those we haven't grown yet .... That is a lot tougher than deciding which branch to prune. Very tough, to commit on something which cannot be undone later. 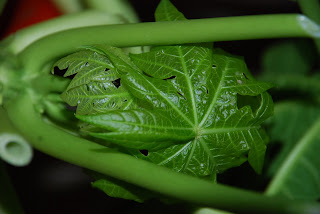 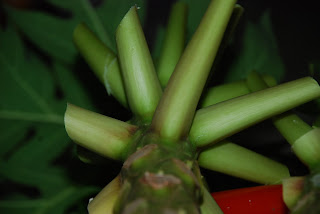 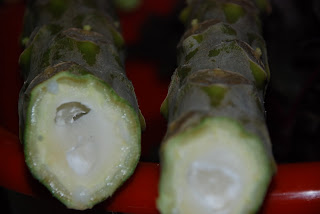 We have to lose them early.
the soil is very hard 8 inches down,
the papaya roots simply cant push through.